For a few moments, imagine losing everything. What “everything” means is in this case subjective. Maybe it means losing your spouse or your kids, maybe your home or financial security, maybe your career or your passion, maybe your health. You may not have literally lost everything (something that is only the case if you die, all that you leave behind is gone and you are totally forgotten), but it sure feels like you have.

Are you still imagining this? Probably not . . . because doing so sucks! Most of us can imagine this scenario with disturbing vividness, and it’s no fun. Okay, NOW imagine losing everything and not understanding why. It’s bad enough if your spouse leaves you for someone else or if your savings disappear due to rising expenses or you lose your job due to the economic downturn or you wind up with broken legs due to a car accident – all of these things would be horrible, gut-wrenching circumstances with which to have to cope. But imagine losing your spouse, your money, your job and your health with no comprehensible explanation for why. This is maybe even less pleasant to think about.

This is what life is like for so many with the connective tissue Ehlers-Danlos Syndrome (EDS). If you haven’t read my last 2 years’ worth of EDS Awareness posts, I invite you to click here to read about Belonging and click here to read about Accommodations. I had a couple other topics planned and semi-written for this year’s post (note: May is EDS Awareness Month), but then a largely unrelated circumstance made me start reflecting on the idea of loss. A little over a month ago my ears suddenly and inexplicably went kerplooie. I had the worst tinnitus of my life, a loud, stifling vertigo-inducing buzz that made it so I couldn’t really hear music and couldn’t handle the volume of my own piano without earplugs. Eventually I got the diagnosis of blocked eustachian tubes and got some meds that slowly but surely addressed the issue – as of now I’m back to maybe 80-85% of normal. In the meantime, though, the severity and inexplicability of the malady made it difficult to subdue a feeling of panic – after all, what is left of my career without my ears?! Of course I’d work it out if I had to, but I was pretty spooked, and it didn’t help for this to be coinciding with a host of EDS-related things such as back pain, joint achiness and fatigue, sores on my elbows that wouldn’t go away and so on – these sorts of things are “all in a day’s work” for me, but cumulatively they served to validate the nagging voice of “it’s all falling apart,” and it took a lot of good mental hygiene not to go down that road. This little reminder has led me to reflect on other times in my life when EDS has put me in a similar headspace, something that’s happened often enough to become almost commonplace.

EDS is considered a “rare” condition in large part because only 10-20% of those afflicted receive an accurate diagnosis in their lifetimes. That means that the thousands of people representing the other 80-90% spend their lives suffering from symptoms with no explanation. And those symptoms can lead to any of these other losses – unstable joints sapping health and strength, making it hard to maintain the responsibilities of work or family life. Especially if there is no explanation for these “shortcomings” (save for “you’re lazy and complain too much”), job loss and crumbling relationships are natural consequences. I’ve seen this with disheartening frequency.

And even the “understanding” available to the minority of those who know they have EDS does not necessarily equal enlightenment. I was diagnosed with EDS at age 8, and spent the subsequent 20 years never meeting another adult diagnosed with the condition or a physician with significant experience working with EDS patients. Some doctors who worked with me in the meantime had a general sense of how connective tissue problems might impact things and could advise me on a basic level (e.g. football = bad idea). A few had a bit more knowledge but were either unwilling or unable to help find solutions.

I will never forget one arduous trek to New York in the fall of 1993. At that point I was experiencing, for the third time in 2 years, wrist pain severe enough that playing a single note on the piano was intensely painful and I could scarcely lift my backpack or a dining hall tray. I was desperately looking for some help, and the (presumably) well-intentioned rheumatologist in Manhattan charged me $300 for the advice “well, you’re the one who decided to become a pianist even though you have EDS – what do you want ME to do about it?” Subsequent reassurance from my hand therapist, Caryl Johnson, kept me from throwing in the towel for good, but that reassurance came only after some days of stewing in the prospect of losing my career, my passion and possibly the unencumbered use of my hands.

Through all this I didn’t get that EDS was directly at the root of all these joint problems. Meanwhile, two years later when gastritis left me literally writhing around, curled up in a fetal position between sets of my gig, I didn’t get the EDS connection either – who knew that the stomach is also made of connective tissue? Well, plenty of people know that, but I didn’t. And, I will reiterate, I am one of the lucky few who at least even KNEW I had EDS in the first place. In my mid-20s these connections became clearer, but I was largely on my own in finding solutions. Some of these solutions came in the form of diet and lifestyle while others came in the form of changed expectations. They say that one should live every day as if it is your last – great advice which encourages us to seize the day and be proactive about the things that are important to us. But there is a darker side to this worldview if you have tangible reason to believe that the things you value are indeed that tenuous. On a musical level I am still proud of my album Patch Kit, which I recorded with Ron Carter and Ben Riley as a fund-and-awareness-raiser for EDS. However, on a personal, emotional level this album is actually still difficult for me to listen to because at that time in my life I was so concerned that the next levels of disability were right around the corner. As such, my approach to the music was embedded with a layer of desperation, a sense that I needed to milk my piano skills for what they were worth before they disappeared. The liner notes express uncertainty as to whether this album was a stepping stone or a last hurrah, but honestly that wasn’t entirely sincere – I was pretty sure it was the latter. 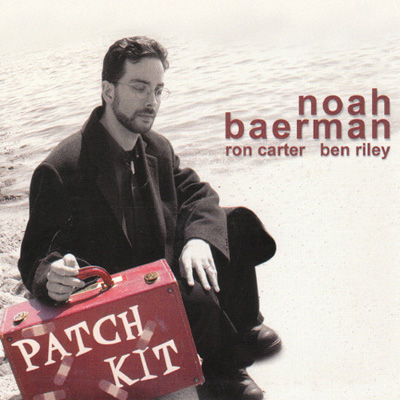 My outlook has improved quite a bit in the 10 years since that record date, in no small part because the rate of my body’s degeneration slowed substantially over that time (phew!). Now I think about my future as a musician and have goals for growth instead of simply trying to cling to what I have. The “Noah Baerman narrative” seems now to be one of overcoming disability. I’m conscious, though, that “overcoming” is a bit of a stretch. I’m incredibly grateful to have worked through these issues as well as I have (with some great support and very good luck) but It would be more accurate to depict it less as overcoming and more as the fending off of the bogeyman of incapacitation. It’s possible I will continue to fend it off for another 40 years, but my body reminds me every day that it’s also possible that I won’t be able to get out of bed tomorrow morning. And I’m lucky that I don’t have the Vascular Type of EDS, for which even living to 38 would already be defying the odds.

If I were you, I wouldn’t really want to think about this either. So how ‘bout this, I’ll make a deal with you. You don’t have to imagine losing everything. You don’t have to think about my friends who have lost spouses, careers and the basic sense of being in control of their lives due to EDS. You don’t have to become a champion of EDS or any disability-related causes. In return, please simply take a moment to salute those who endure these challenges. And, if you’re willing, take another moment to share this with someone who you think might be touched by it. I don’t expect to see EDS cured in my lifetime, but if raising awareness allows a few more people to be treated with compassion and understanding amidst their struggles, then together we will have accomplished something of substantial value. Thank you!

The Call of Duty: Fostering and Adopting